As of 31st March 2009, three weeks after being uploaded, Inside Today has been viewed nearly 55,000 times and has been emailed, instant messaged and blog linked across the planet. So far, so good. But the experiment has had its critics, with many questioning whether the Today promotional video can really be defined as viral. 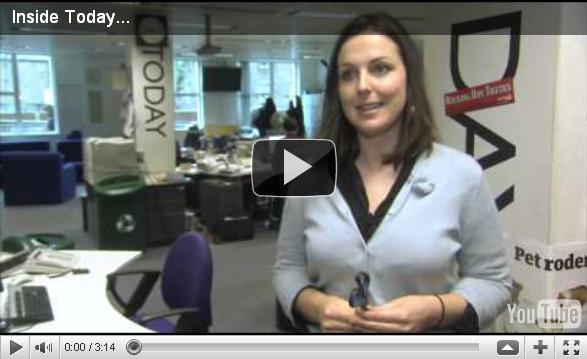 Inside Today – viral or not?
Sophie Morris in the Independent argues that “a viral is a marketing tool whereby an advert is disseminated online via a bottom-up distribution model.” In other words, a video is created, uploaded and left to its own devices. If the viral strikes the right chord and creates a buzz, the video will be shared between friends, families and co-workers and thus organically spread to reach a wide audience. By contrast, Inside Today has been repeatedly advertised on BBC Radio 4 to millions of avid listeners. It has also been spread via the micro-blogging site Twitter, and has been embedded into Comic Relief fundraising pages. This, argues Sophie Morris, means that Today’s advertisement has become top-down distribution – a privilege firms would normally pay big money for, but that the BBC gets for free – and therefore cannot qualify as a viral video.

Ciaran Norris of Altogether Digital also has his reservations. In an interview with Today he states that a viral cannot be consciously created; it is an effect, not a strategy. He argues that a marketer can simply “create a great piece of content, work really hard to market it to the right people and hope that it starts to spread. Virals are only created in hindsight.” Emily Bell, director of digital content for the Guardian, believes that a video can only be given the moniker ‘viral’ once viewers take it upon themselves to interact with the content. This ranges from editing and republishing the material to creating brand new satires and parodies – something that the Today video is yet to achieve.

But media strategist Brendan Cooper believes the Today video has done more than enough to qualify as viral. After all, it has been viewed and passed on by thousands of people, and has seen many column inches in national newspapers devoted to it. “If lots of people are talking about it [and] because I’m blogging about it now… you could say it’s viral.”

These contrasting views paint a picture that is much larger than Inside Today. The definition debate extends to all videos of this kind, and the real question is this: can viral marketing be defined at all?

So what is viral?
It is important to remember that ‘viral video’ does have a clear definition. Examples of virals that have gained widespread popularity through the process of internet sharing include Star Wars Kid, Evolution of Dance, Numa Numa and Dancing Cadet. These videos have been viewed hundreds of millions of times on YouTube, been passed person-to-person around the globe and have spawned countless imitations, parodies and remixes, not to mention exposure through newspaper reports and other media. These videos became viral through unexpected success. So how about viral marketing – videos deliberately created to promote a product or service? The debate among the internet community is whether these videos, by their very nature, are incapable of gaining legitimate viral status.

An early contender for a viral marketing success was The Hire – a series of eight short films produced for the internet in 2001/02 by BMW. The films were directed by a number of big Hollywood names and starred Clive Owen as The Driver. Each film highlighted the performance aspects of various BMW vehicles, though the advertising wasn’t so obvious as to detract from the film’s plot – probably a key factor in their popularity. However, despite the millions of views these films have received they have not spawned a significant amount of user-generated content. Some critics also voiced the opinion that these productions are too “slick and professional” to qualify as viral videos.

In 2007 Cadbury tasted success with Gorilla, a video that was viewed by a large and diverse audience online and, unlike the BMW campaign, spawned a huge number of imitations. However, this was deemed exempt from ‘true’ viral status by some critics as it began life (and gained popularity) as a television and cinema campaign. Like Inside Today, Cadbury’s Gorilla is an example of top-down distribution, leading some critics to argue that it does not meet the criteria for a viral video. 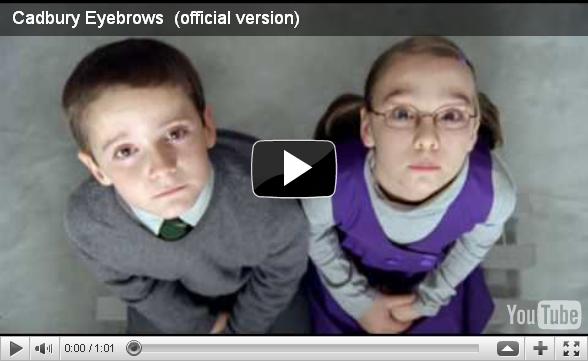 ‘Eyebrows’ has been repeatedly viewed and imitated… but is it viral?

Finding a definition
So then, what are the criteria? By incorporating these various criticisms, we can attempt to create a more comprehensive definition of viral marketing… A true viral campaign must appear exclusively online and gain popularity through bottom-up distribution. This must begin with internet sharing and should also result in viewers creating their own related content; anything from blog posts to replica videos. The viral should also not oversell its product or service and should almost appear “accidental” – like a moment captured on camera, not a slick and professional advertising campaign.

There are videos that come close to fulfilling these criteria. One possible contender is Touch of Gold, in which Brazilian footballer Ronaldinho takes delivery of a new pair of Nike boots and proceeds to demonstrate some incredible football skills. True to our new definition the video began and exists primarily online, was filmed in an amateur fashion with a handheld camera, has been seen by over 28 million people on YouTube and shared millions more times. It has also generated plenty of blog and newspaper column inches and has spawned a number of tributes and parodies. A possible criticism could be that the product and brand are over-featured, as the opening minute is dedicated to Ronaldinho putting on his (clearly Nike) boots, and the video ends with the brand logo and website address. However, the reason most marketers attempt to avoid overselling the product is for fear of putting people off sharing the video, but Touch of Gold clearly hasn’t suffered from this fate.

Dynamite Surfing from Quiksilver took a similar approach. A ‘camera phone’ records a group of youths creating an explosion in the Thames and surfing off the resulting wave. Branding is less evident in this example, though Quiksilver clothes are worn throughout and a logo and strapline still appear at the end. And if that still a feels a little too ‘deliberate’, how about Guitar? This video featured a young guitarist showing off his skills by covering a rock version of Pachelbel’s Canon. It was already a viral sensation with over 50 million views when Guitar Master Pro, a company offering online guitar lessons, approached the creator and struck up an advertising deal. Consequently, the description box beside the video on YouTube now includes a link reading: “I learned to play guitar with GuitarMasterPro.net”.

The fact is, viral marketing is still a recent phenomenon and the boundaries of the practice (and therefore the term) are still being challenged and redefined. There is still too much debate around what constitutes viral marketing to realistically offer a concrete and inflexible definition. But then, does it really matter? As long as corporations can continue to gain money and exposure through the creation of online videos, it’s hard to imagine the bigwigs losing sleep over whether their creation falls under the classification of viral or not.

This article was first published by Red C Magazine shortly after the release of the video on 14th April 2009. You can see the original post right here.

If you’d like to find out more about viral marketing – and for all your video copywriting needs – just get in touch.