Dark marketing may not be a popular topic of conversation down the pub, or a subject of family debate over a sunday roast, but last year the increasingly popular advertising technique got some important exposure through its use by that most cuddly behemoth of unquenchable consumerism… McDonald’s. The fast food giant, more normally associated with in-your-face mass-media advertising and sport sponsorship, was found to be the quiet and unassuming creator of a popular online computer game.

The Lost Ring was produced by the McDonald’s as part of their exhaustive marketing for the Beijing Olympics. However, most gamers were initially unaware of the sponsorship; there were no limp cheeseburgers, musical slogans or golden arches in sight. McDonald’s campaign objective, claims global chief marketing officer Mary Dillon, was “about strengthening our bond with global youth culture.” True to the definition of the dark marketing, this was advertising that appeared below the radar – the softest of soft sells.

Despite its somewhat sinister moniker, dark marketing is a legitimate and generally innocuous form of advertising that strives for a happy medium between ‘invisible’ and ‘extremely discreet’. In this case ‘dark’ is synonymous with ‘hidden’, not ‘shady’… nor ‘bleak’. In essence, dark marketing involves carefully designed and executed campaigns that aim to reach an influencing audience without necessarily directly engaging the brand with the prospective targets.

The light side of dark marketing

A good example is product placement, where brands are embedded into the world of the target audience and imbued with value – whether this involves James Bond wrecking a sporty Ford, or Jay-Z rapping about his Motorola phone. Toyota paid for its Subaru Impreza to appear as the best performing car in Sony’s Grand Turismo computer game and subsequently, according to a survey conducted by the car company, many teenage gamers chose the Impreza as their most desired car. Some forms of viral marketing can also be seen as dark marketing… take the Stolen NASCAR video, for example (see below). This popular viral showed an opportunistic NASCAR fan ‘stealing’ an unmanned car. It was shown on television across America before it was discovered to be a PR stunt by TaxBrain.com, who are repeatedly mentioned by the event announcer throughout the video. You can find out more about viral video in my previous blog post. 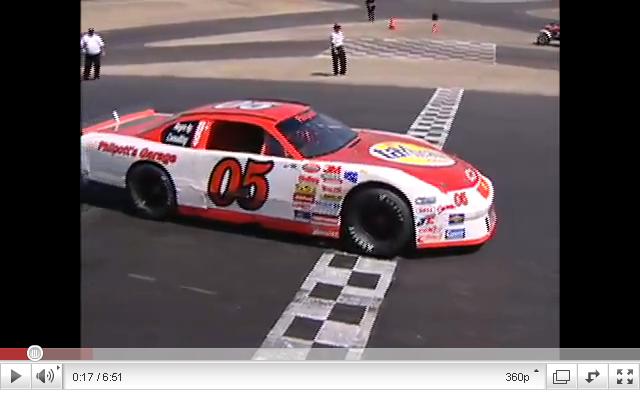 Pseudo-branding is another popular form of dark marketing. This is where a brand creates a pseudo-brand for public purposes, drawing attention to their brand indirectly. For instance, cigarette company Camel used pseudo-brand Urban Wave to promote a series of underground invite-only parties with elite guest lists. These luxury experiences, often involving rare international artists, were then revealed to be the work of Camel – lending the brand an instant sense of glamour and prestige. In 1997, Benson & Hedges also used pseudo-branding to sponsor the Jordan Grand Prix Formula One team at races where a ban on cigarette advertising was in force. Keeping the same typography and recognisable ampersand, the name was substituted for Bitten & Hisses – an homage to Jordan’s snake mascot.

Dark marketing is also used to give value-added content, where brands offer free content that is desirable to their target market. This ranges from Mercedes-Benz creating a fictional movie trailer as a commercial to Bacardi offering free cocktail recipes and salsa dancing tips on their website… the aforementioned parties hosted by Camel could also be construed as value-added content. Ever inventive, Benson & Hedges also offered their customers something different by using their iconic ampersand symbol to create a working mechanical structure as an art installation. This not only drew crowds and created fantastic PR, but also lent the cigarette an air of chic sophistication.

However, dark marketing can sometimes live up to its unfortunate title. The marketing technique does lend itself to abuse, and there are a number of examples of dark marketing practices that have caused controversy and criticism upon discovery.

Turning to the dark side

Public infiltration is a form of dark marketing that, disguised as normal human interaction, doesn’t appear as marketing at all. For example, in 2002 Sony Ericsson launched a campaign for its T68i mobile phone dubbed ‘Fake Tourist’; they hired 60 individuals to accost members of the public and ask if they would take their photo using the T68i, then would engage them in a long conversation/product pitch about the phone. Another good example is Skype, who sent pairs of professional actors onto the London Underground to loudly discuss ‘discovering’ the revolutionary service, while trying to draw commuters into their conversation. This practice has raised ethical concerns, with some critics arguing that public infiltration is invasive, questioning the legitimacy of selling consumers on a product or brand without them even being aware that they’re being marketed to. Others have even gone so far as to liken this practice to subliminal advertising.

The highly unregulated world of social media also holds enormous promise for unscrupulous brands. Companies have been known to offer money or gifts to influential bloggers in exchange for them giving their product a positive write up. Other brands have created product-related discussions or fan groups on social networks like Facebook, or even hijacked existing groups and subverted category discussions to favour their brand – never revealing that they were company representatives. Video sharing site YouTube has also been exploited by industries like fast food, tobacco and alcohol, as it lacks the regulation of traditional broadcast media. For example, one tobacco company is known to have used aliases to upload old advertising campaigns along with videos of stars smoking in movies and other content that glamourises the use of cigarettes and their particular brand.

Traditional media isn’t exempt from the dark side of dark marketing either. A few years ago, actress Lauren Bacall appeared on a popular US chat show to discuss an eye disease that had blinded her friend, naturally dropping the name of a relevant drug treatment into conversation – it was only later discovered that she was paid by drug maker Novartis International AG to do so. And in 2004, US political pundit Armstrong Williams was secretly paid by the Bush administration to talk up their No Child Left Behind education policy on radio and television, as well as encouraging other black journalists to do the same.

So does dark marketing have a future?

There’s no doubt that dark marketing can be exploited to create campaigns with questionable ethical credibility. Yet while a few of these may lead to high return on investment in the short-term, if the underhand tactics are exposed then the damage to the brand and its reputation could be substantial, and perhaps irreversible. So it is worth remembering that dark marketing can also be a force for good by offering free content and services to customers, or can at least steer clear of dirty tactics that could potentially alienate the brand’s target audience. It is also a technique that can be legitimately incorporated into a campaign alongside more traditional marketing means.

As long as dark marketing campaigns are derived from the brand’s strong identity, moral focus and market positioning, and include a carefully considered long-term strategy, there is no reason why dark marketing cannot play an important role in any company’s future advertising endeavours.

This article was first published by Red C Magazine on 7th April 2009. Here’s the original post (with comments).

For more insight into dark marketing – and for all your advertisement copywriting needs – please get in touch.

7 thoughts on “The Two Sides of Dark Marketing”