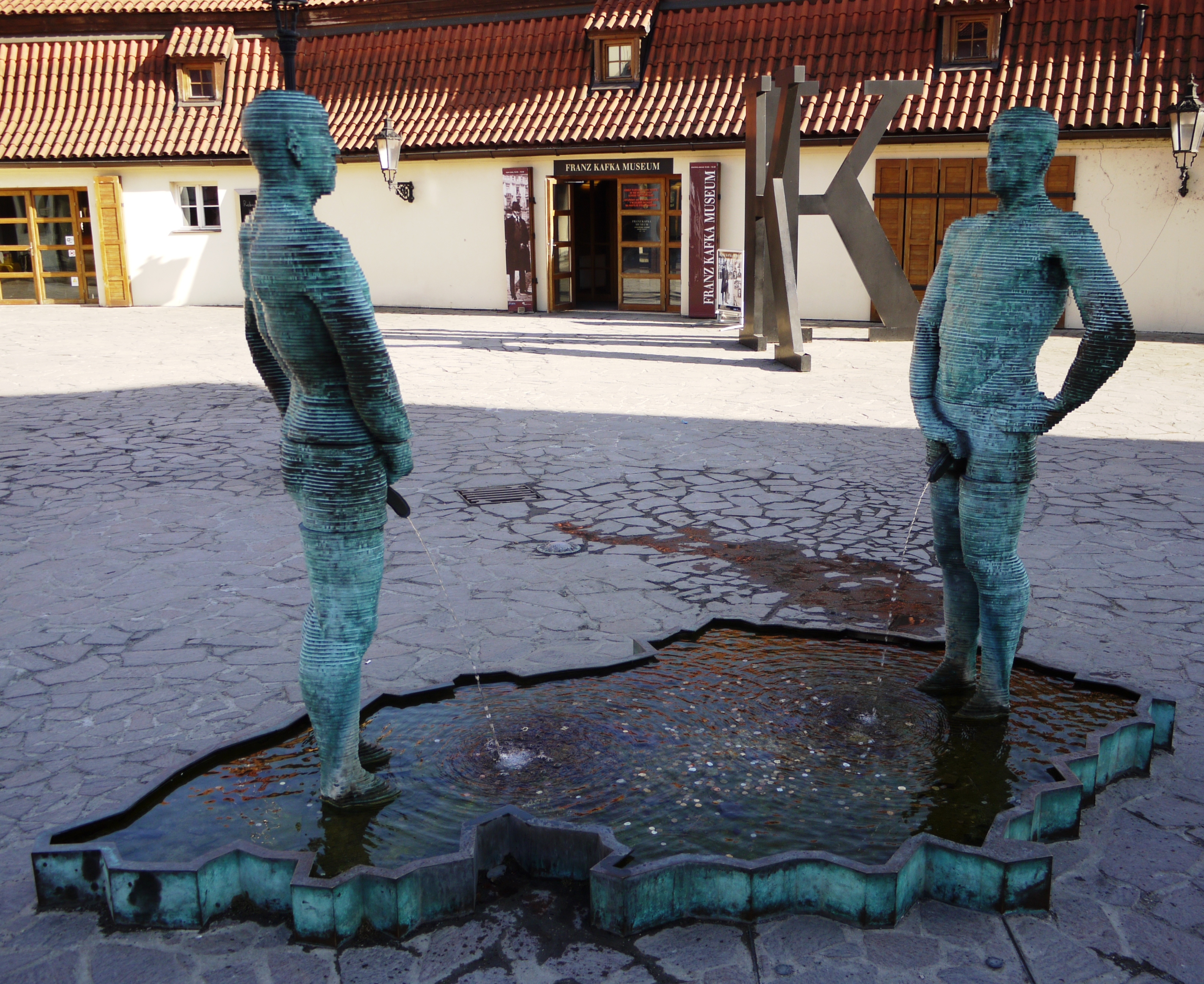 Prior to the late April release of my new travel article in stalkingElk Magazine, I’ll be previewing just a few of the Bohemian oddities that will be featured. This time it’s an interactive urine-based fountain sculpture. Yes, really.

David Černý is a man who courts controversy. Whether it’s by submerging Saddam in a big tub of formaldehyde or lampooning a continent with a stereoype-fueled European Council installation, the Czech sculptor is always plotting new ways to ruffle the collective feathers of the middle classes. But nothing has got the Prague public talking more in recent years than his bizarre yet poetically-titled fountain sculpture Piss.

The wacky waterwork depicts two men relieving themselves over a pool which is – get this – moulded in the shape of the Czech Republic. But that’s not all. You see, the men’s respective appendages also happen to be mechanised, and jiggle about it such a way that their urinary expulsions spell out individual letters of the alphabet, which in turn make up philosophical statements from some of the Czech Republic’s greatest thinkers. And, as if that wasn’t mind-bendingly bizarre enough, you can also send a text to a number displayed close by to have the obliging (yet antisocial) chaps spell out your message for you in wee-wee. Now that’s true bladder control.

In case you’re coming on a visit to Prague, you’ll find the fountain right here – in the grounds of the Franz Kafka Museum. Or if you feel like confusing/insulting tourists from afar, the number to text is +420 724 370 770.

You can read the full article – Weird beards and other Bohemian oddities – in the April edition of stalkingElk.