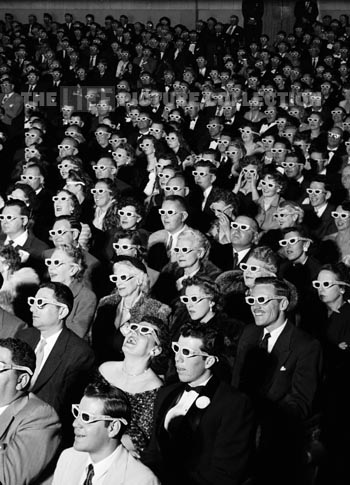 What do the best advertising campaigns have in common? Well, a good advertisement has to work all the way from conception to execution. It has to really understand the product it is advertising; from its unique selling point and inevitable faults to the competition and market performance. The best advertising campaigns are honed and finessed, skilfully constructed with copy and design that communicates the message without relentlessly screaming in the consumer’s face. But the most important element of a successful campaign is empathy with the buyer. The fact is, an advert can never really succeed unless it gets to know its target audience.

The audience is the thing
The ‘target audience’ is simply the intended recipient of an advertiser’s content; those who will read, see or hear their message and react to it. Every form of writing is undertaken with an audience in mind – it is not only novels, articles and play scripts that are aware of their audience, but equally to-do lists, Lonely Hearts and Post-it notes. Suppose you had penned a particularly saucy Valentine’s card for a sweetheart, then discovered her mother noses through her post before it reaches her – would you not make a few editorial tweaks? Even with things like shopping lists or diary entries, the abundance of shorthand and personal references reveals clear awareness of the target audience… the writer himself.

The good news is, knowing the target audience makes the writing process much simpler – particularly when it comes to advertising. An awareness of the potential recipients minimizes the decisions a writer has to make; ideas can be identified as ‘winners’ or ‘binners’ much faster as you have solid criteria to measure them against. Writing with the audience in mind gives your content more direction and purpose, and will likely resonate with them more as a result. If your target audience is not defined, or too generally defined, then your writing will also be too broad and generic to be effective. With no recipient feeling the advertisement addresses their specific needs and wants, why should they bother reacting to it?

The key to failure is trying to please everybody
Some companies honestly believe that their product or service has universal appeal, spanning generations, cultures and lifestyles. In reality it’s hard to think of a single product in the world that achieves this, and those that come closest market themselves very differently to the various sections of their audience. When an advertiser is given something to sell, it is vital to divide the potential market into segments, concentrating all marketing efforts on those subgroups that are most likely to part with their hard-earned cash.

There are really only three reasons that individuals buy products; to satisfy basic needs (e.g. food and medicine), to solve problems (e.g. hardware and home improvement) or to make themselves feel good (e.g. fashion and entertainment)*. Every product or service fulfils at least one of these criteria and it is the advertiser’s job is to identify its target audience accordingly – the people whose lives can be improved by owning or utilising this product. So how do advertisers go about defining this audience?

The first step is to apply common sense. Trying to market running shoes at the over-80s is clearly misguided, while attempting to flog orthopaedic shoes to healthy teenagers is frankly idiotic. But when the target audience for a product or service is less clear cut, advertisers often turn to analysing demographic to reveal more apparent definitions. Demographics are general population characteristics that can give a broad, statistical overview of an audience. They offer the opportunity to segment an audience by gender, age, race, class, religion, geography, employment status, annual income, marital status and more. It can offer a useful insight into a product’s target audience and can also help to reveal the best marketing techniques to employ when communicating with them, though we’ll come back to that in due course.

Definition definition definition
However, achieving a successful level of communication with your target audience requires more than a familiarity with their demographic breakdown. After all, you would hardly claim to ‘know’ a person based on discovering they are a 32-year-old white middle-class female. A good advertising campaign must dig a little deeper; it must get under the skin of the potential customer. Of course, you can’t meet up with each ‘target’ for half a shandy and a chat, nor root through their rubbish while they’re at work – so this is where more personal analysis can be useful.

Psychographic variables are less based on measurable statistics and more on lifestyle preferences. This encompasses various more subjective audience attributes, such as personality, values, attitudes, opinions and interests. Psychographic analysis is especially useful for personal attributes important to the sale of a particular product or service; are they pet lovers, disco dancers or steam-train enthusiasts? Another useful way to segment your audience involves using behavioural variables, which includes things like product usage rate, brand loyalty and shopping habits. If the product or service is to be sold to businesses rather than individuals, it’s also helpful to look at firmographics, which covers company characteristics like number of employees, industry performance, office locations, annual revenue and profit.

Using these market dividing techniques, it is possible for an advertiser to build up a relatively complete assessment of their target audience. All of these elements can then be combined to build what is commonly known as a psychographic profile.

Ask the audience
Another useful means of defining an audience is market research… providing the company who are paying for the advertiser’s services are willing to spare the extra time, cash and resources. Market research allows an advertiser to test and challenge his existing psychographic profile with relevant test groups. A widely varied reaction to the product or service can help the advertiser to whittle down the audience even further, therefore optimising the effectiveness – and cost-effectiveness – of the campaign. In comparison, a similar reaction from the entire test group to the product or service can confirm the advertiser’s suspicions about the target audience, or perhaps even suggest that the net should be cast wider. An advertiser should have no qualms about broadening their target audience definition.

Of course, market research can supply an advertiser with more vital information than simply ‘I would/would not purchase this product’. A well constructed research campaign can gather a wide range of potential audience opinions on what aspects of the product are the most appealing. This allows an advertiser to then hone in on what aspect of the product should be the focus for the campaign – whether it’s cost, aesthetic, functionality or something else. Target groups can also reveal their reactions to key competitors’ products and even their advertising campaigns.

Finding the format
Knowing an audience not only helps to suggest how to market a product or service, but also where to market it. Using a combination of demographic, psychographic profile and market research, an advertiser can logically deduce the most effect locations and formats for the campaign. The size and geographical spread of the potential audience tells them whether the campaign should target a local, regional, national or international audience, and this further informs what format will best reach that audience. An area-specific niche market may be effectively targeted through local press, specialist publications and door-to-door leafleting, while a larger and wider-spread audience may require mass-media like television, radio and billboard campaigns. The Internet is now among the dominant forms of advertising when it comes to reaching younger audiences in their droves – with particular focus on social networking, video sharing and online gaming sites – while older audiences are still mass-targeted through more traditional media forms like radio, press and direct mail. It may be logical, but without the carefully defined potential customers, it is significantly less likely that an advertiser will manage to appeal to the right audience in the right way.

After the extensive research, an advertiser can finally create their campaign. They now have a good indication of the needs of their target audience, and their challenge is to find a creative, interesting and original way to demonstrate to them how a product or service fulfils those needs. And this is where all the hard work pays off, as the advertiser manages to use design and copy that really speaks to their target audience – an audience they have defined over and over since the brief first came in. The advertiser really knows the people he is selling to and, as a result, those people will respond to the campaign by purchasing the product or service on offer.

To define or not to define
Let’s face it – defining an audience is not easy. It takes time, patience, hard work and a willingness to repeatedly readjust your conclusions about the people you are selling to. So is it worth every agency investing time and money in defining their audience?

Well, it is indisputable that honing your target audience gives you better knowledge to create a campaign that is more focused, direct and, as a consequence, more cost-effective. There is also the fact that managing to connect with your audience in the right way will achieve more sales! And a successful campaign heightens your reputation, often resulting in increased business from the company you have helped as well as new business from other companies impressed with your campaign results. It might even mean you pick up an award or two along the way – and attribute that allows an agency to climb league tables and attract even more customers.

So is it worth the time and cost involved to define your target audience? In short… yes.

This article was first published by Red C Magazine on 28th January 2010 and you can see the original post here.

For more about the defining your audience – and for all your advert copywriting needs – feel free to get in touch.

* This post deals with selling to individual consumers, not business to business. It is important to note that companies have very different reasons for purchasing a product or service… normally either to increase revenue, to decrease expenses or to ensure they maintain the status quo.

4 thoughts on “Defining Your Audience”