There are many perfectly good reasons to sack Cheryl Cole, but her Newcastle accent shouldn’t be one of them

Three weeks. That’s all it took. Three measly weeks for Cheryl Cole’s role as chief mollycoddler of the musically mental to be savagely snatched away. Word has it, she was axed for her accent.

Of course, that may just have been a convenient motive to get shot of her: perhaps, behind the scenes, Fox execs were really sweating over her lack of profile Stateside; or at her dull, nodding-dog-style screen presence. But if we believe the News of the World (and why shouldn’t we?), it all came down to the way she speaks. In the 21st century, when television should celebrate and embrace diversity, that’s surely a damning indictment of America’s tolerance of English accents.

Hailing from the South East, I’m well inside the American TV catchment area. I possess the kind of English voice Yanks coo over: fairly posh, but with a bit of rough; Piers Morgan meets Ricky Gervais (not a TV show idea). But within my own nation, where the rich vocal stylings of Scouse, Geordie, Brummie and Bristonian are readily audible, my accent feels just a tad, well… boring.

You see, in my corner of England, people all speak the same. The part-BBC, part-Estuary accent I call my own is, in fact, yawningly ubiquitous; shared by vast swathes of people across the most populated portion of the country. While it’s clear to most that I’m a southern softie, it’s hard to say whether I come from Guildford or Gillingham; Surrey or Kent. My voice is a poor compass.

Yet elsewhere in England, that’s not the case. Travel just 35 miles from Manchester and you’ll encounter the assorted accents of Bolton, Sheffield and Liverpool. Go the same distance from Birmingham and you’ll discover the varied voices of Wolves, Derby and Leicester. But head 35 miles from my house and you’ll find only the identikit intonations of Basingstoke, Maidenhead and Woking. I’ve never had clear vocal indicators that pinpoint the precise county, city or town in which I grew up, so now that local accents are in vogue on English TV, I’m decidedly uncool.

It wasn’t always that way, of course. Speaking anything other than Queen’s English was once a giant obstacle to a media career; with the Beeb protecting delicate London kiddies’ ears from the harsh realities of diversity. But things changed. Our tellies were slowly overrun with regional accents verging on parody – from Cilla Black to Justin Lee Collins, Lenny Henry to Ant-slash-Dec – bringing variety to a medium stifled by homogeny. These localised ways of speaking were soon fashionable, and by Cheryl Cole’s time her thick accent was an asset, rather than a handicap. 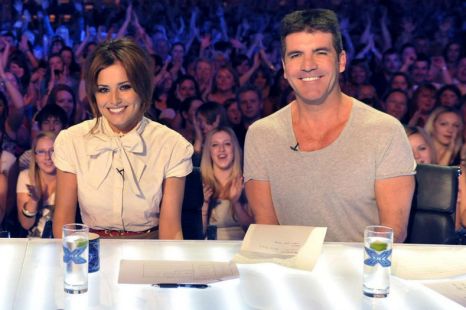 And here’s my point: with so many English voices on US television nowadays, couldn’t they also benefit from a little diversity? Sure, a Newcastle accent can be tough for the uninitiated, but it’s not impenetrable, and once you get past the initial hurdle you can just wallow in the loveliness of it all. Give an unfamiliar English accent an X Factor episode and I’m sure viewers would have got to grips with it, and even started to relish the divergence. After all, if we can cope with the brash, Baltimore brogue of the Hoff, they can easily entertain the languid, lyrical lilt of the Chez.

On the other hand, if they sacked her for being tedious then that’s fair enough. Because she is.