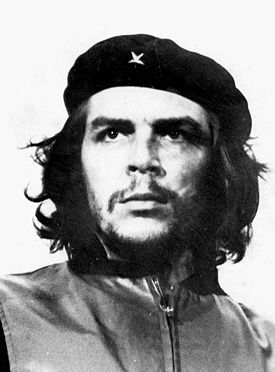 Socialist since 1959, the country now boasts over two-and-a-half million tourists – including law-dodging Yanks – each year. While most stick to the bespoke capitalist bubbles along the coast, sipping mojitos, smoking Montechristos and swaying to samba music, an intrepid few venture inland to see Castro’s Cuba for what it really is: a steaming great mass of socialist contradictions.

You will, of course, see the revolutionary hotspots: the guerrilla camps, military forts and heroic graves that once represented a brighter future. But then you’ll also see the realities of post-revolutionary life: from the dreary state-run restaurants, empty-shelved ration shops and cardboard-tasting peso pizza to locals’ tales of their daily struggle to make ends meet. It’s a stark lesson in the practicalities of ideology.

What makes Cuba truly inimitable, though, is how it combines this ideology with its Caribbean character. Cuba is Marxism and mambo in equal parts. Communism with rhythm. And there’s nowhere else quite like it.

—- SURPRISE: Cuba has an 99.8% literacy rate and leads the world in sustainable development —-